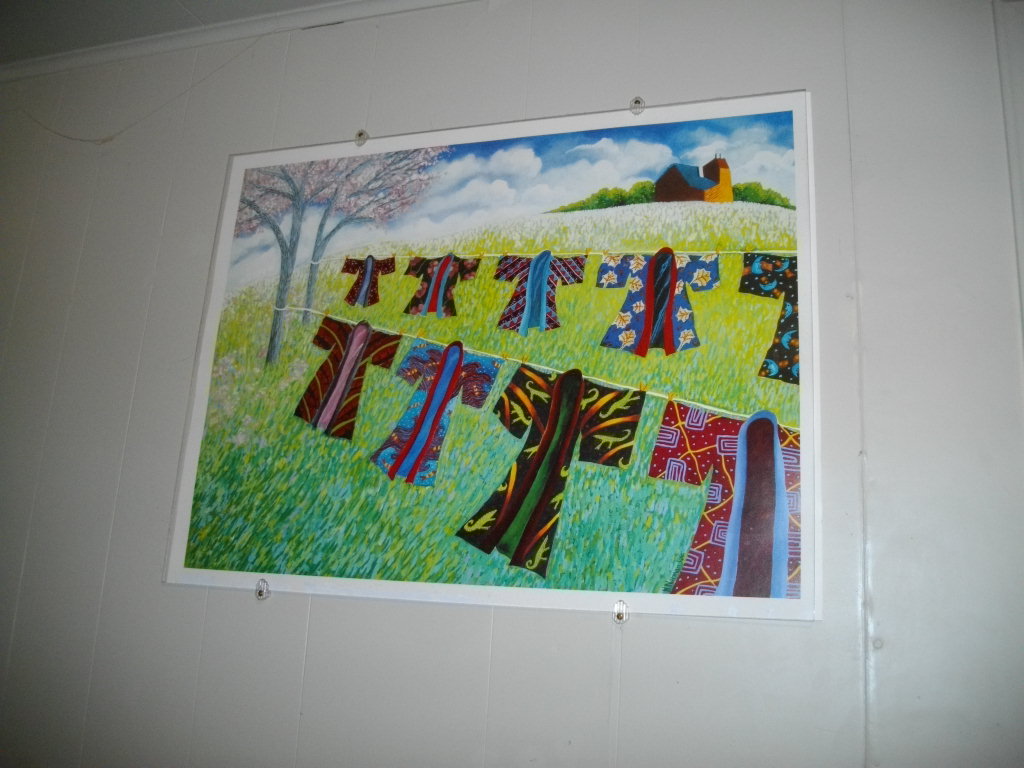 A Room of My Own

Reflecting on how Virginia Woolf helped shape my writing career. 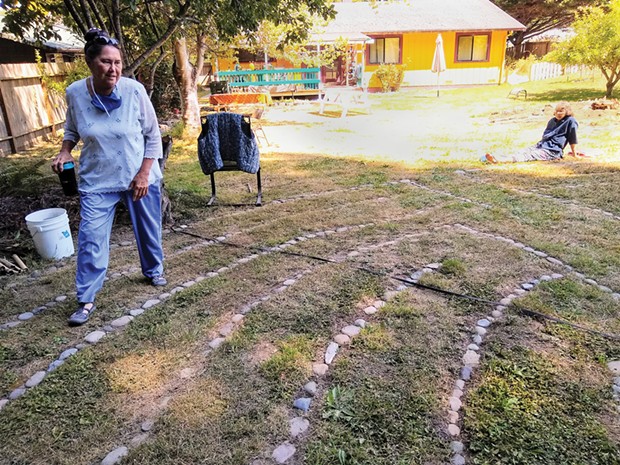 When I walk a labyrinth, my mind becomes almost still. So when I interviewed Susie Laraine and Rockie Head, two Eureka women who built a labyrinth, I expected them to be soft-spoken, even reverent. Instead our conversation was punctuated with raucous laughter as we sat apart on the grass next to the labyrinth in Head's backyard.
Old friends, Laraine and Head met at a Christian-flavored meditation group called Centering Prayer, started 20 years ago by the late hospital chaplain Ken Meece. Befo... 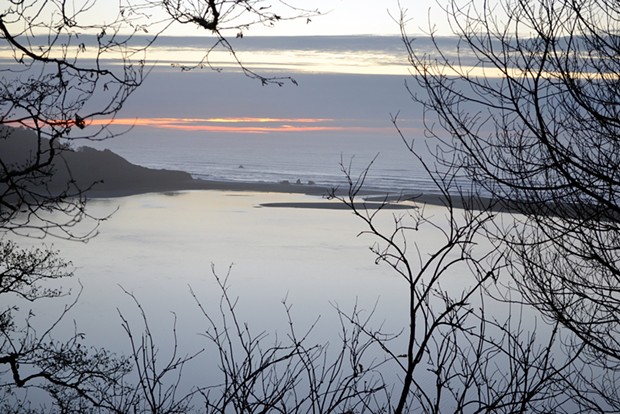 Alone in the Fog

I could feel bubbles of panic on the edges of my mind but I forced myself to concentrate on my breaststroke. Arms parting, arms parting. Focus.
I knew if I started worrying about hypothermia, exhaustion or the cramping in my right leg, panic would cause me to shake or flail.
Focus. Focus.
Ten years ago, I began a practice of swimming in Humboldt Bay. Humboldt Baykeeper, the nonprofit that monitors the health of our waters, had assured me it was clean enough to swim in. After all, the bay host... 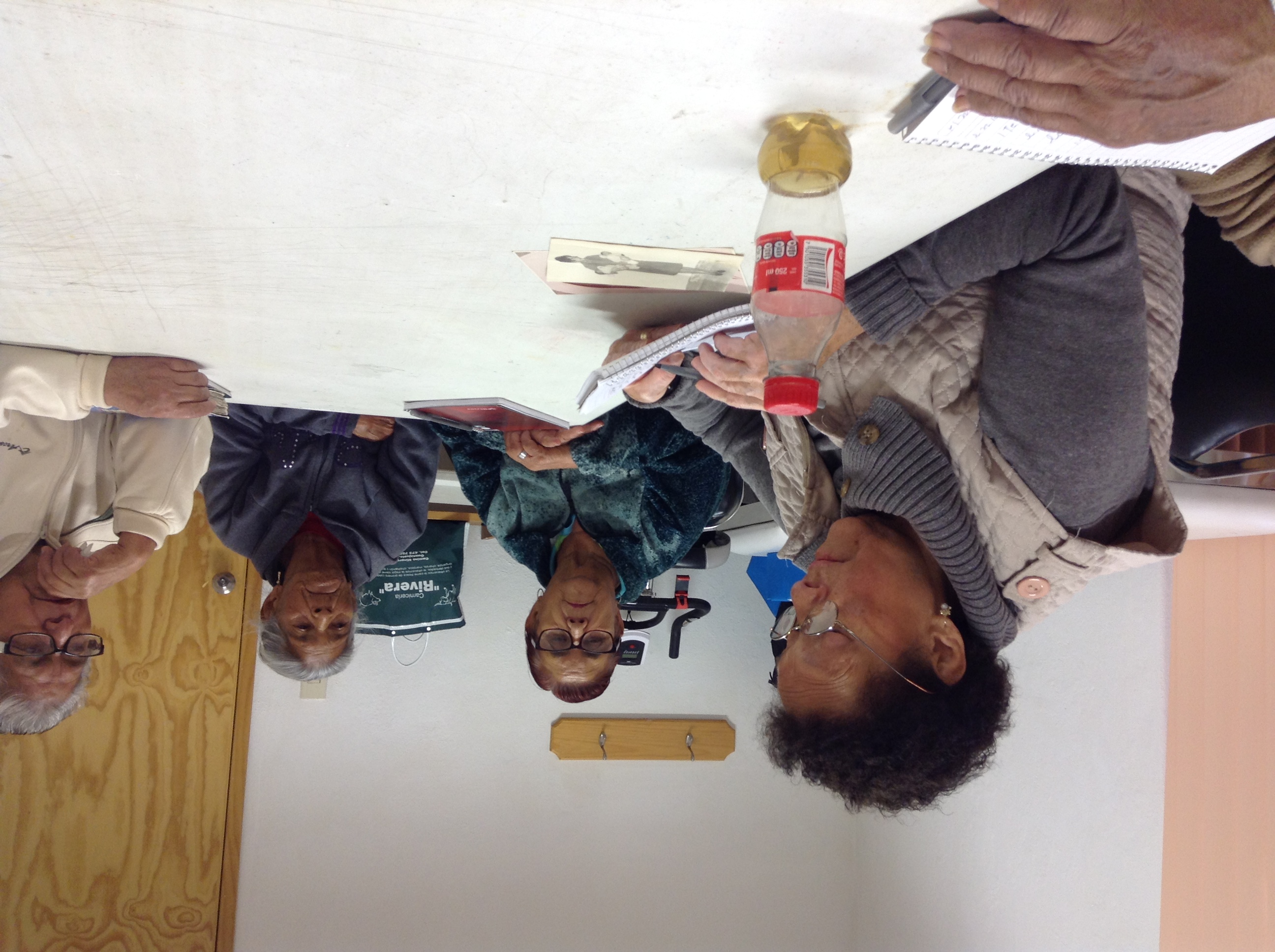 I Didn't Come to Mexico to Help

My perspective on making a contribution to my adopted home, versus moving there to "help" people. 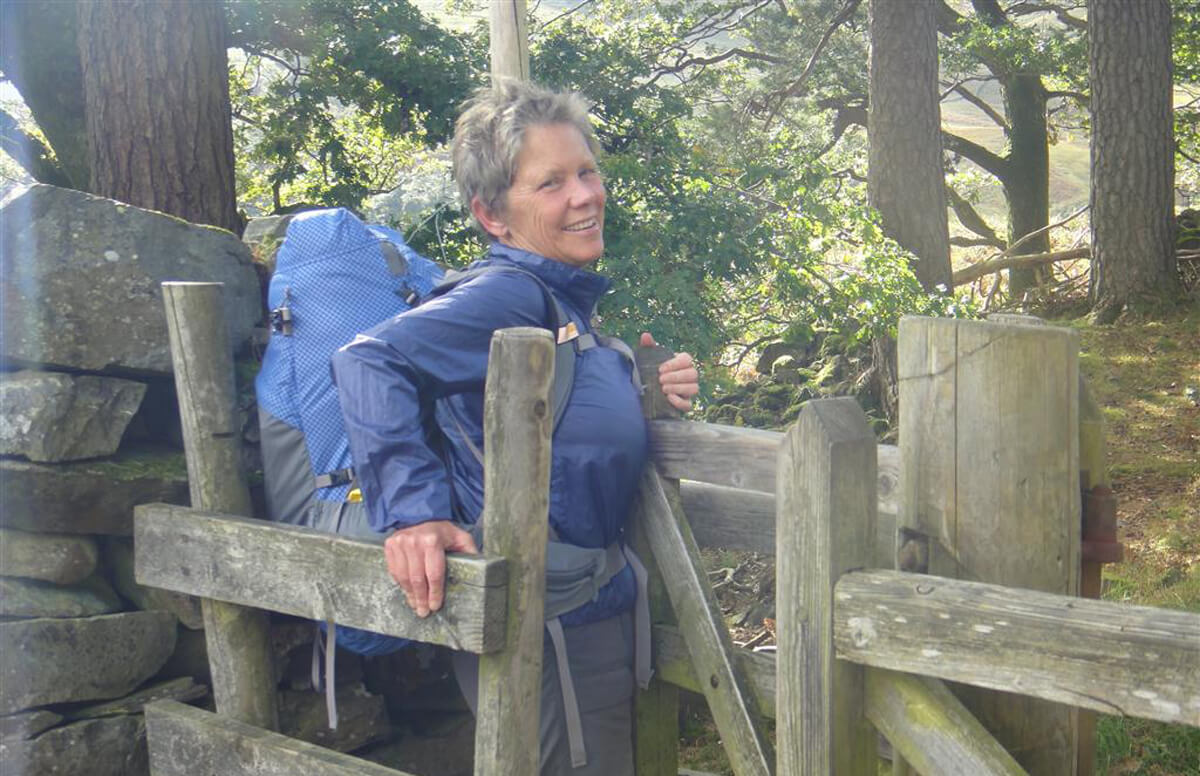 Every 10 years, my husband and I undertake a long-distance walk somewhere in the world. The year I turned 30, Barry and I spent three weeks walking the Muktinath Trail in the Himalayas. When I was 40, we walked the four-day Inca Trail, ending at Macchu Picchu. At 50, we hiked the 500-mile ancient pilgrimage route across northern Spain, the Camino de Santiago, and at 60, the “Coast-to-Coast,” 200 miles across the width of northern England, from the Irish Sea to the North Sea.

Routine and Ritual for Getting Through Challenging Times

Chaos without, chaos within, I thought when I read that our county health officer had ordered all residents to shelter at home, starting in mid-March, because of the coronavirus. Within a day, friends throughout the state were on lockdown too. And within the week, so were family and friends around the country and around the world.
Because I’m a structured person (a Myers-Briggs type “J,” for those who follow personality types), I knew I had to create a sense of order or I’d be a mess.
So thro... 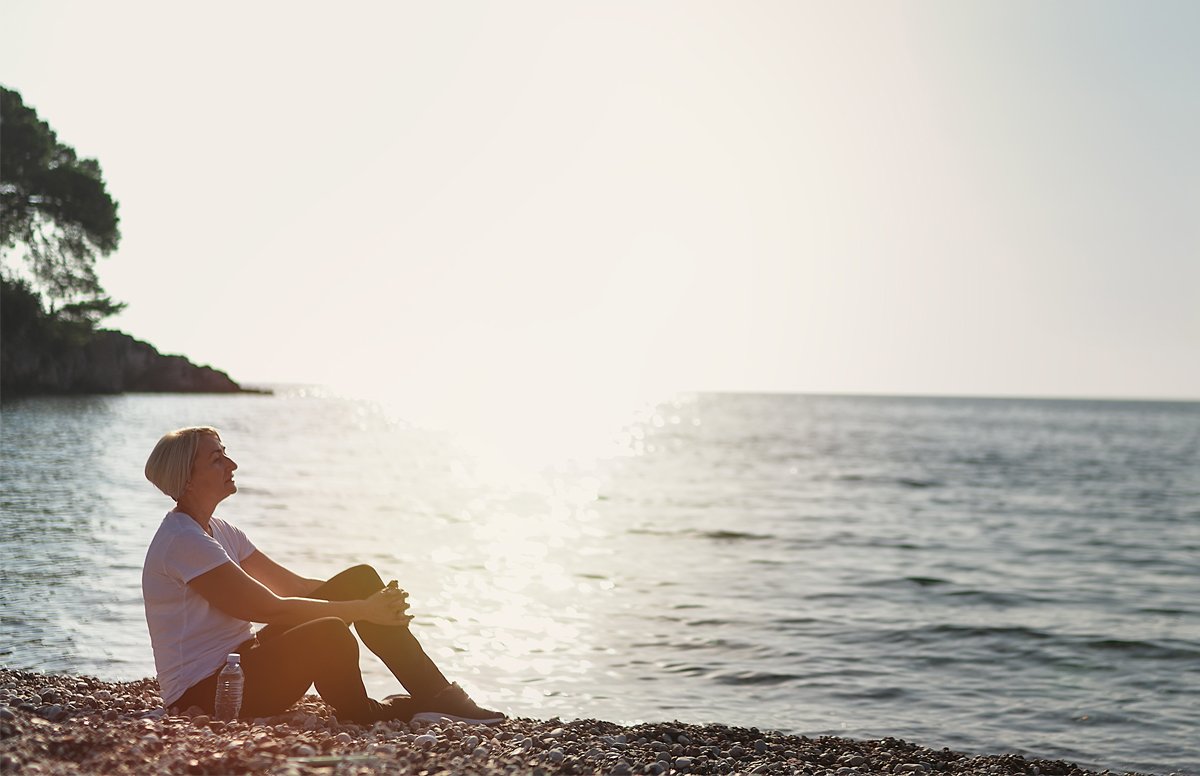 Getting In Sync With the Natural World

Sitting at my desk, I glance out the window at the sun and ponder where I am relative to the monastic hours. 7:30 a.m. is about halfway between Prime, the traditional morning prayer time for Christians, and Terce, which originally meant three hours after sunrise.
In ancient times, all the Abrahamic faiths recognized that timed prayer breaks away from the minutia of daily life were restorative and life-sustaining, particularly when done in sync with the cycles of the natural world.
The practic... 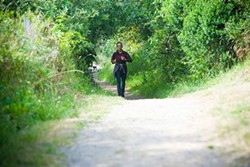 It's a bummer: My body at 67 is not what it was at 20, 30 or even 40. I've had to give up five or six physical activities, and each time I let go, adapting to the new reality is bittersweet.
For instance, I started jogging in college and ran consistently into my early 60s, including three marathons on both coasts. My personal best was 3:56 at Big Sur, where I'd been enticed by a marketing pitch I couldn't refuse: "Run along the edge of the Western world." My favorite part of the route was a c... 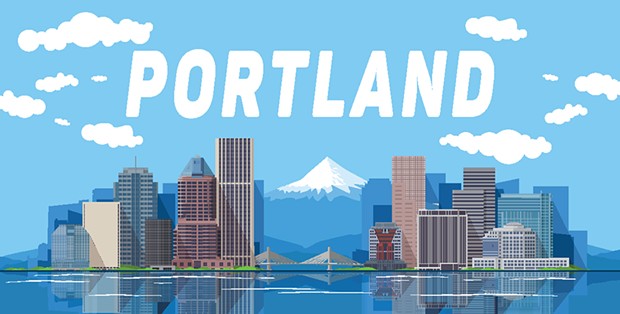 One afternoon while visiting Ashland, Oregon, my husband, Barry, and I strolled through Lithia Park, admiring its dappled trees and winding paths. As we stood on a fairy-tale bridge arching over the creek, I turned to him and said, "Let's move to Ashland." I imagined jogging on the gentle trails and bicycling the leafy streets, turned amber in the fall. Barry rolled his eyes. He's lived with what he calls my "Town Charming" syndrome for more than 30 years. Forget the modern-day Prince Charmin... 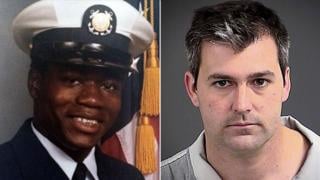 The story of Walter Scott, the black man killed in Charleston, S.C. in 2015 by then-police officer Michael Slager. 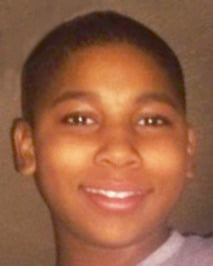 My Project: Write up a summary and character sketch, in more or less chronological order, of recent people of color killed in police interactions.

My Project: Write up a summary and character sketch, in more or less chronological order, of recent people of color killed in police interactions.

#2 Michael Brown
After researching this story I'm left with a sense of deep poignancy that the death of Michael Brown, the teenage African American killed in Ferguson, Missouri in 2014, and Darren Wilson, the police officer who shot him, could easily have had a different ending. While both were raised in difficult and transitory circumstances, both... 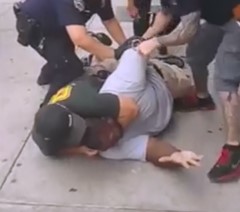 My Project: Write up a summary and character sketch, in more or less chronological order, of recent people of color killed in police interactions. In today’s summary there were many different facets, so I had to decide what to put in and what to leave out. My goal is to present “just the facts,” but obviously every decision filters.
#1: Eric Garner
Eric Garner was an African American born in 1970 in New York City. He worked as a mechanic and as a horticulturalist in the city Parks Department ... 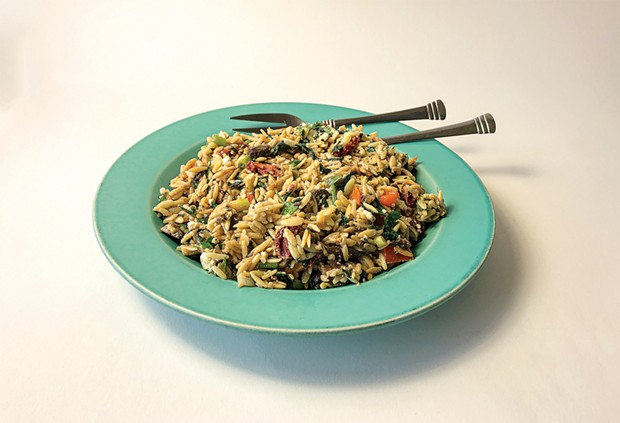 Entertaining for the Hesitant Host

I was nervous the first time I gave a dinner party but it turned out to be a blast. Two friends from the Vancouver Unitarian Church annihilated the tuna fish casserole I served. An unlikely trio, we spent a merry evening in my studio apartment laughing, telling stories and looking out the bay window at passers-by below.
Forty hosting years later, I still get nervous but I'm good at fooling guests into thinking I'm more confident than I really am. Here are some tips from an imposter hostess.
F...